Entrepreneur, Intra-preneur or Employee – Your Choice

Entrepreneur, Intra-preneur or Employee – it’s ultimately your choice, unless you choose to live in your parent’s basement or on the dole. Your ways to make a living are not as varied as you might imagine. The life of an employee, trading time for dollars seems quite adequate. After all, not everyone is cut out to be an entrepreneur and work for themselves. Some people lack the tenacity, skills or motivation for self-employment, while others require the sense of security having a job imparts. Still others may have the desire and motivation, yet lack the financial resources needed to forge ahead under their own steam.

If history is any sort of teacher, we know that it takes a combination of skills and nerve, discipline and luck to get ahead in today’s world. Things have always been this combination of factors regardless of which family economic model is chosen. Working for one’s self or having a job working for someone else have been the choices, but there are new ways of thinking that buck the system. I’ll get to this “intra-preneur” method of earning a living in a moment, but I want to explore the other two options available to today’s workforce.

Working for a Living

What I mean by that is this: employee status is great, especially if certain conditions are present, and will most likely remain constant.

The competition seems to be a distant, less capable rival

Obviously there an untold number of other variables, but I believe you can surmise that even this partial list is a difficult one to master at any one given time. Even the “voted best employer of the year” won’t guarantee that your job is secure more than the time left in any given day. Also obvious is the fact that there are no guarantees, in this hired at-will status most enjoy in today’s employment world.

There are numerous fields where job security seem automatic, such as the medical field, where demand for skilled and qualified nurses has been and will be high. Government jobs seem to be “secure” when you look at city workers, regional transportation workers, teachers and others. Even these people are susceptible to change in employee status.

If we were to study 1930’s America, organized labor became a reality. Roosevelt granted workers to organize to fight unfair working conditions. Roosevelt thought simply providing the right to organize, doing so would quell the mass demonstrations, riots and sit-down strikes across cities like Detroit, Chicago, Cleveland, Akron, Minneapolis and others. Communism played its part in the unrest, as Stalin’s desire to expand the American Communist Party did what it could to impart a sense of “Black Unification” against the manufacturing giants of the country. Such activity gave rise to the KKK, which did its part in inciting racial discord and disharmony by burning manufacturing plants, and crosses in front yards of various “rambunctious” minorities. Much was needed to stem the tide of anti-corporate feelings in the America workforce.

Rising wages and reasonable work hours helped working for a wage much more tolerable than pre-war America. By 1941, with Europe in flames, our isolationist mentality gave way to assisting the British and Russians bring an end to Hitler’s reign of terror. During the war years, America’s predominately white, middle-class workforce was replaced by housewives, mothers, daughters and cousins of the men who went off to war. By this time, labor and management were on somewhat better terms.

Like the 1930’s forward, today and tomorrow hold discord, disharmony and strife when management and labor fail to work toward common goals.

Using Your Skills for Gain

The life of an Intra-preneur is often misunderstood and a bit vague to many people, but it is really just a different way to look at both independent contractor or consultant and employee. Sort of like an entrepreneur that derives their income based on agreed to performance indicators that are based individual factors. These factors, such as personal assets consisting of skill sets, expertise, and demand can create an income earning opportunity unlike that of either the employee or the entrepreneur.

By taking stock of your assets, known to you and hidden, you can create a working structure of pay for performance like an independent contractor which includes the benefits of employment. It may sound difficult but it really isn’t.

In his seminal work, Your Secret Wealth, Jay Abraham goes into great detail of what deep analysis of one’s skill sets, past experience and expertise can bring about a significant shift in thinking. Rather than merely work toward common goals matching that of your co-workers, utilizing your specific “uniqueness” to your advantage by structuring an arrangement that pays income and dividends as an individual. Unique skill sets may be very difficult to translate into working for one’s self, as demand may not be high or skills don’t translate to mass appeal. Let’s take a simple example.

In his work, Abraham uses a laboratory scientist as an employee with extraordinary skills and talents, working for a set salary along-side co-workers with similar and varied talents and abilities. Working alone would require significant resources such as a lab, equipment, contacts and industry specific support that might not be affordable, leaving employment as the alternative for earning a living. Striking out with a small group of scientists to form their own company is a viable alternative as long as the resources were available. Doing so would elevate the risk for each of them because of partner discord. Employment seems like the best solution for steady income and security.

Rather than be grouped in with co-workers with group goals, imagine this scientist structuring compensation based on specific, individual goals and contributions to a successful project outcome. If what the scientist’s individual contributions create an above average outcome, certain income goals could be rewarded.

One person’s efforts, skills and dedication producing one person’s income; intra-preneurship. Achieving such an agreement would require significant analysis of one’s individual skills that would produce individual, measurable outcomes that would otherwise be absent from the available skill supply offered by co-workers.

By analyzing your particular advantages and employing them in the service of not only the company but others, you can gain both independence and security.

Obviously this will not work at every company in America, but it happens regularly when presented objectively and with conviction. Working with the so-called security of a firm with an individual employment agreement is fast becoming typical. 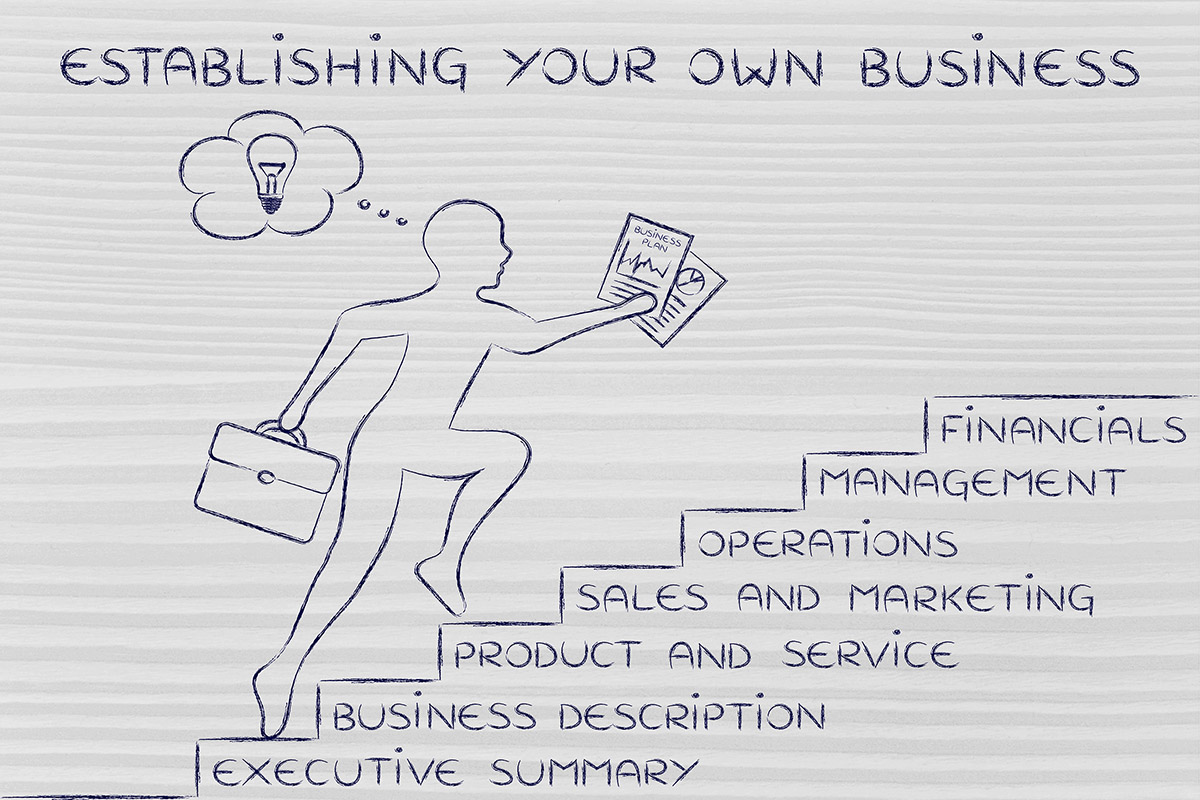 The Great Recession we are just now beginning to crawl out of, much like the Great Depression of the 1930’s, has created the greatest transfer of wealth in the history of the world. Great fortunes won and lost of today mirror those during the years between World Wars, and entrepreneurial spirit dominated the winners. Post-war excess led to the fall of the economy, powered by greed and speculation. Sounds like the economic storm of 2008; interest rates went to nearly zero and speculators forced the housing markets to explode, while banks imploded. Nonetheless, entrepreneurs flourished, as long as competitive drive, manageable competition existed and technology advanced.

While the bread lines of the late 1920’s and most of the 1930’s were not visible during our Recession, remember that more than 28.2 million people in America participated in SNAP (Supplemental Nutrition Assistance Program) in 2008, increasing to 46.2 in 2011.

Despite these startling numbers, America has, is and will be fueled by the entrepreneurial spirit. Like the Weyerhaeuser’s, Rockefeller’s, Carnegie’s, Field’s, Schwab and Vanderbilt, people like Gates, Bezos, Cuban, Zuckerberg and Branson, great fortunes come from skills, discipline, timing and preparedness. More millionaires were made during the Depression and Recession than any other time in the world.